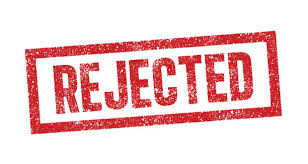 If you have aspirations as a “fine art” photographer, you know about 1x.com. In their own words, it’s “one of the world’s most exclusive art galleries” where “all photos… are selected by a team of professional gallery curators. ”

How does it work? It’s pay-to-play, which is understandable. Subscribe for a few dollars and submit photos for curation; if one gets approved, it appears briefly on the main page. But as they tell you up front, not much gets accepted: “getting published on 1x is a great achievement” and “less than 1% of all photographers uploading to 1x are published”.

I decided this sounded like a worthy goal, and signed up. So what sorts of photos get published? What are they looking for? I spent some time checking it out.

There’s some great work on 1x.com

Every “published” image has excellent technical quality. Many obviously took a great deal of time, preparation, patience, artistic sensibility, skill and even money to produce. There is creativity and cleverness, top drawer material with obvious commercial value.

But… it’s an “art” site. It publishes a lot of images that I look at and think – sorry, but I’m just not seeing it. Or, I’ve seen too many times.

– Faces of old people who’ve worked hard all their lives, out in the sun.

Ok, I’m just a bitter crank, and YMMV. But many of these images are mostly about concept, production, and heavy-duty Photoshop. Think “cinematic”, i.e. director, model, costuming, makeup artist. Visualize every last bit of real-world clutter and imperfection ruthlessly removed. Dial the contrast, vignetting, saturation up to 10.  Make the background a swirling oblivion of dream-like bokeh.  Show someone obviously gripped by a strong emotion.

Sometimes it just gets too artsy for my taste, the visual equivalent of Smooth Jazz. Stuff you’d see on FStoppers.com in a story like “Get This Moody Look On Your Next Portrait Session” or “Create This Awesome Sci-Fi Background in Photoshop”.

I submitted some photos anyway. But I never did quite figure out what was going on.

First thing – the site has a sort of evil twin called gamma.1x.com. Apparently this is a newer version, never finished, perpetually in beta, which you’re now supposed to use instead – or maybe not. It’s not just a new look, it presents different information, and the submission process seems to diverge.

There’s a FAQ, but it’s a bit out of date. There’s a user forum, but little activity, and questions mostly went unanswered. I was never sure I really understood the process, and probably missed something important.

Basically, you upload a photo, submit it for “curation” and wait for a thumbs-up or thumbs-down. The first round is approval by (I think) the general membership – you need 70 votes to advance to actual curation, but you never see how many you got… hmmm. Instead you get a “popularity” number, like 38%, “compared to other photos in the same category”. Um, what does that mean, exactly?

You may receive comments. They’re supposedly from the “curators”, but one was: “Many congratulations on your photo, remember that this is only the voting process, not the curator.” Confusing – but it didn’t matter, because the comments turned out to be vague, generic and generally all over the place, like this one:

“The idea for this shot, even if not original, could still be interesting. Greater attention in the editing phase would allow the shot to express its potential. Still a good shot, although several things can be improved.”

I got these two opposite reactions on the same photo:

“The key to all images is light. Without good light you don’t have an image to please others. You need to rethink your lighting. This is dull and lifeless. The colours lack the wonder of nature.”

Here’s a real zinger that I received a couple of times, on different photos:

You also see what people (members or curators, I never knew) liked or disliked. A typical breakdown:

Ok, you get the picture. I had a dim understanding of the process, no idea who was looking at my photos, and the feedback wasn’t very interesting. I tried to get the feel of things by submitting unusual images – some that I figured would go nowhere, and some that I thought were really good, but all I got was… you guessed it…

I expected this. No, really. Seriously. I told myself I’d just keep playing the game and maybe learn something. But before long, fatigue set in as I realized I was basically just paying for rejection. It was like an online dating site where you get shot down 100 times in a row without even finding out why – from a psychological point of view, not a healthy activity.

Then… after something like 20 submissions, I scored a hit.

This one was published:

Unlike my previous submissions, this one sat in the queue for days. That makes me think it was the only one that actually made it to that shadowy cabal of “curators” (faceless figures in dark hooded robes, seated at a long table…). I’d totally given up on it by the time I received an email notifying me it had been accepted. Then I got my run on the main page, and some nice comments from other photographers. Warhol’s 15 minutes of fame!

After that exhilarating success, I fired off a couple of my very best, which I’d been saving until I thought I had 1x.com figured out. But the game resumed as before:

Where was this all supposed to lead?

Positive comments are great, and like I said, some of these photographers are excellent. But my ultimate goal was to sell prints (even though 1x.com gives you no control over your pricing, something I was probably not going to accept in the long run).

Getting a photo published meant people could find it – that’s why I’d spent the time pounding in descriptions and keywords. So a couple of weeks after “Blue Jay in Winter” got approved, I checked out the Prints section and looked for my photo. Searching on “blue jay” returned 11 images of those handsome birds, some good, some IMHO pretty mediocre. But not mine. Ditto for “bluejay” and “bird winter”. My photo wasn’t showing up in search results. WTH?

Like I said earlier:  I never really understood what was going on here.  Apparently being published isn’t enough  to get in on the sales, or at least on the public keyword search.  Or maybe the search just doesn’t work, or isn’t being updated.   Whatever the explanation, I was pretty annoyed.  I felt like if I continued I’d be wasting effort on something that was never going to pay off, and that there was maybe something a little fishy about 1x.com overall.   So I pulled the plug and closed my account,

It wasn’t a total loss because I did learn some things. Just looking through the 1x.com galleries improved my sense of what people respond to in a photo. I now look at my own work more objectively, I see some shortcomings, and I’ve been going back and re-editing some of it. But I’m out of the 1x.com game. If you understand it better, and can correct my misconceptions and misunderstandings, please do so.

Go ahead, leave a comment. If it includes the URL of your site, you get a nice SEO-juicy “dofollow” backlink.